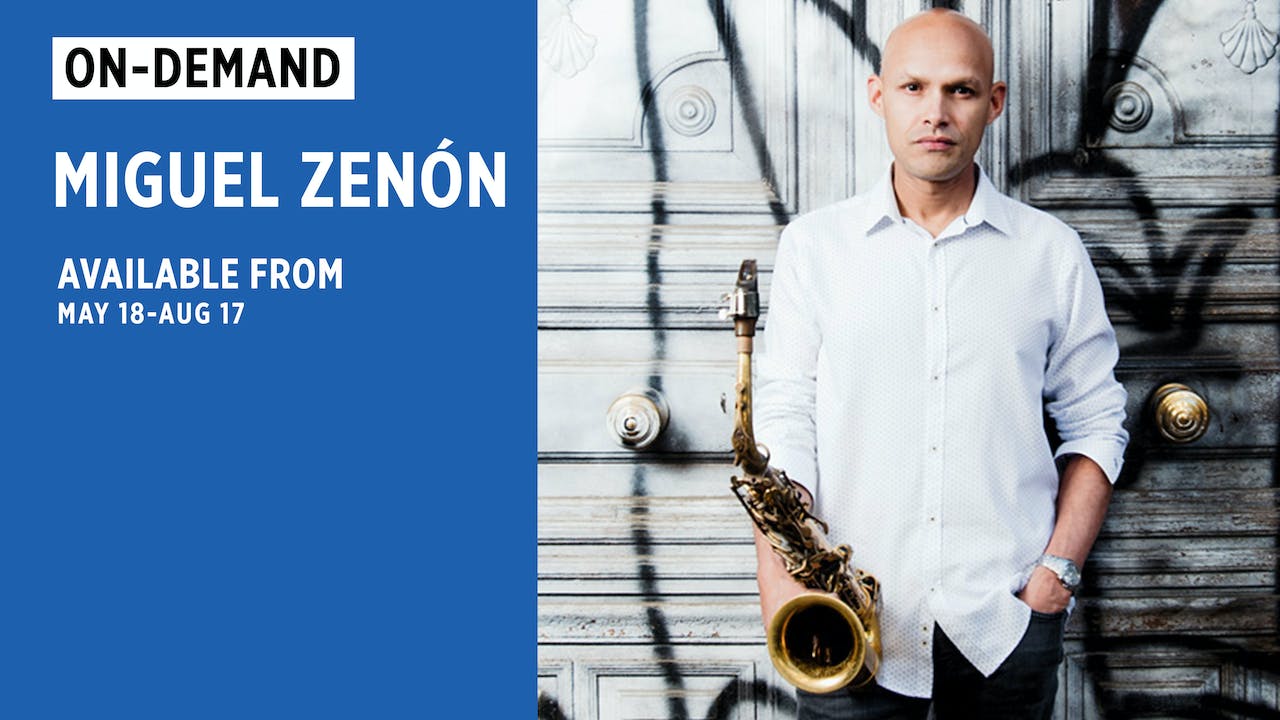 PLEASE NOTE
50% Member discounts are currently unavailable on the app, but are available on SFJAZZ.org.

Alto saxophonist Miguel Zenón is a monster musician, and Golden City Suite, his musical tribute to the immigrant communities of San Francisco, is the latest proof. Commissioned by the Hewlett Foundation and SFJAZZ, the 75-minute suite draws inspiration from Zenón’s own research. In 2018, the MacArthur Foundation “Genius Grant” recipient and founding member of the SFJAZZ Collective conducted interviews in the city’s Chinese, Japanese, Mexican, African-American and other ethnic communities. Armed with new perspectives on the contributions of immigrants to San Francisco and its evolution, Zenón now has composed his extended work for a large ensemble of top-tier musicians.
Golden City will feature Zenón’s own blazing work as a saxophonist. Few improvisers operate at his level: He combines “sheer romance, sanctified spirit and mathematical precision. When his solos get moving, he rocks back on his heels and the notes just fly, like blizzards of diamonds” (San Jose Mercury News). During his 15 seasons with the SFJAZZ Collective, Zenón emerged as “one of the important contemporary revisers of Latin jazz” (The New York Times). Combining his deep knowledge of Caribbean folk forms and grooves with advanced compositional techniques, the Puerto Rico native now ranks among the most uniquely ambitious composers in all of jazz. In Golden City Suite, Zenón tells his latest epic tale.